Did You Know Why The Netherlands Is The Perfect Country To Study Abroad - UniVisory
+91 95353 86869 info@univisory.org 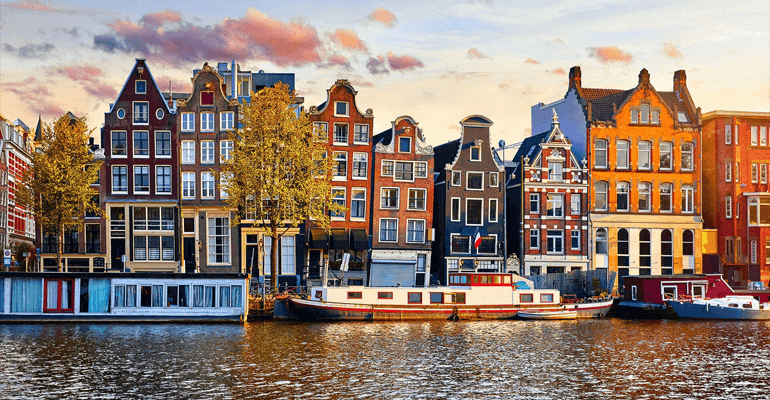 Offering a wide variety of education in various disciplines, Netherlands is known for high-quality education at affordable tuition fees compared to the countries such as the UK and the US. A study shows that more international students are interested in studying in the Netherlands, and the numbers won’t be waning anytime soon.

A total of 3,29,000 students from 162 countries pursue degree programs at the universities of research and applied sciences in the Netherlands. According to an analysis by the Dutch organisation for internationalization in education, Nuffic, it is evident that the Netherlands is quite popular among international students.

Things You Need to Know Before Studying in the Netherlands

According to research in 2019, Netherlands’ economy is ranked as the 17th largest economy globally. Its economy is known for stable industrial relations and a fairly low unemployment rate. The current GDP of the Netherlands is 1.01 trillion US dollars (approx.).

Atthe starting of 2019, the King and Queen of the Netherlands visited India. Both the countries had decided to further expand and diversify the relationship between the two countries. The Netherlands was the third-largest investor in India during the financial year of 2018-2019. Not just that, the country is also India’s fifth-largest trading partner in the European Union. Thus, we can say that both the countries share a good relationship.

If you are planning to study in the Netherlands, you must be aware of the career prospects in the country. The employment rate in the country is assumed to rise, and there will be a rise in job opportunities as well as businessesin the coming years. Therefore, economic growth is supposed to have a positive effect on the employment rate of the country. Some of the most popular career prospects in the Netherlands are agriculture, energy, finance, healthcare, transport & logistics, etc.

The Netherlands provides you with an international and multicultural environment. The tuition cost in the Netherlands is comparatively affordable as well, about 6000-20000 Euros (INR 5 Lacs-18 Lacs) each year. Furthermore, if you manage to have a job aside from your college hours, you can manage your expenses as well.

According to the latest Project Atlas by IIE, a total of 94,236 international students enrolled in the universities of the Netherlands, out of which, with13.8% enrolments, India stands at the second position.

Universities in the Netherlands are state-funded and can be divided into two categories:

Research universities focus mainly on research-related areas, and universities of applied sciences prepare students for jobs in a particular field.

The academic year in the Netherlands runs from September until May/June the following year. Some institutions or courses may have enrolments throughout the year as well.

According to the EF English Proficiency Index, the Dutch are fluent in English, narrowly beating Denmark and Sweden. Around 93% of the Netherlands’ population can speak English fluently as a second language.

The cuisine of the Netherlands is much more than pancakes! Poffertjes, Hollandsenieuwe haring, Pannenkoeken, Sate, and a variety of other dishes are among the most popular local cuisines.

Jordaan and Amsterdam’s Canals, Keukenhof, Rijksmuseum (Amsterdam), Anne Frank House (Amsterdam), and many others are among the most well-known travel destinations in the Netherlands.

The process of getting a work visa is as follows:

Overall, if you are planning to study abroad, Netherlands can be one of the best choices. There must be a reason why there are 3,29,000 international students in the Netherlands, a number that is increasing every year.