Did You Know Why Canada Is The Most Popular Study Abroad Destination? - UniVisory
+91 95353 86869 info@univisory.org 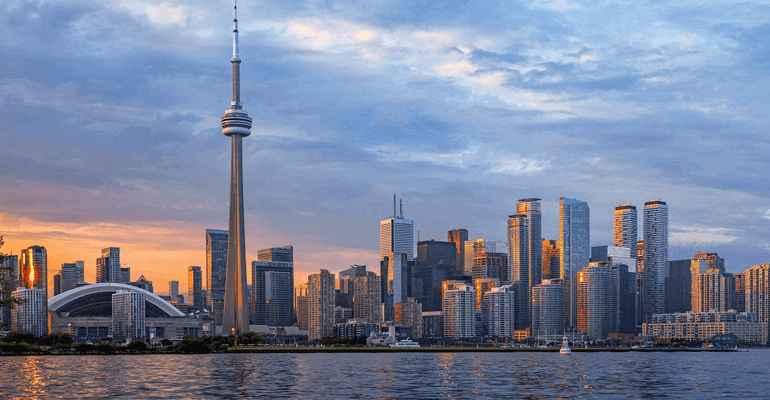 Offering a wide range of degree programs in numerous fields and disciplines, Canada is known for high-quality education at affordable tuition fees with degrees that are globally recognised. On top of it an excellent quality of life, immense post-study work, and immigration opportunities make it the most admired country to study abroad.

Let’s dive into the blog to get a deep insight on why a student should choose to study in Canada!

The economy of Canada is a highly developed mixed type of economy. However, according to the Corruption Perceptions Index reports, Canada is one of the least corrupted countries in the world. Reports also state that Canada had an overall GDP of $1.6 T in 2020 and is estimated to have a total GDP of $1.8T in the year 2021.

Canada’s economy is dominated by a strong service industry and abundant natural resources present in the country. The labor force in Canada is estimated to be 19 million. It is segregated in sectors like services, manufacturing, construction, and agriculture.

India and Canada share a prosperous trade relationship. According to the Canadian government, the bilateral relationship between the two countries is based on a mutual commitment to democracy. India is Canada’s 9th largest export market. Some key organizations supported by the Canadian government in India include The United Nations Population Fund, World Bank, UNICEF, and Asian Infrastructure Investment Bank.

Some of the most popular career prospects in Canada aredoctor, computer scientist, data science and technology careers. These degrees ensure a high-paying job in Canada, but that does not mean that the other types of degree do not have any value. Canadian universities develop their students for the job market outside. Canadian job market believes in collaboration and integration and has fair working hours.

Have you decided to study in Canada for your undergraduate degree? Well, we understand yourpsyche. Canada attracts a lot of international students every year. The Canadian education system is primarily publicly funded, with 96 universities and 136 colleges. The maple leaf country tops the list of most educated globally, providing liberal arts-based education with ample opportunities for co-op, internship, community service and experiential learning.

The cost of attendance ranges between $25K to $55K per annum.

Academic Calendar: Fall, Winter & Spring, but major intake for most courses is fall semester only.

Almost all degrees in Canada are taught in English and French is considered as the most desired language when you prefer to take admission in Quebec universities.

Therefore, we recommend you do ample research regarding your particular subject and prospects before applying to any university in Canada. Once that is done, you need to take care of all the paperwork. Different universities will require you to present different paperwork. Most applications in Canada are registered using the online portal of the university. Usually, the admission results are declared by the end of spring every year.

This beautiful country is blessed with delightful people, world-class cities, wide-open spaces and an obsession with maple syrup. It goes beyond pancakes to root vegetables, ice cream, coffee, cocktail, and just about any product you can think about.

After you graduate from a Canadian University, you can work temporarily or even live permanently in Canada. Canada is one of the most welcoming nations for qualified immigrants. The new immigration pathways aim at granting permanent status to temporary workers and international graduates in Canada to stimulate Canada’s economic recovery following COVID-19. If you graduated from a Canadian University participating in the PGWP program, you can stay for three years and apply for PR.

To qualify under the new immigration programs directing international students, appellants must prove that they have graduated from a program of study from a recogniseduniversity in Canada (DLI) after January 2017 that was at least 8 months in duration.

Canada is among the top nations to study abroad. If you are planning to study in Canada, get in touch with the best consultants at UniVisory!