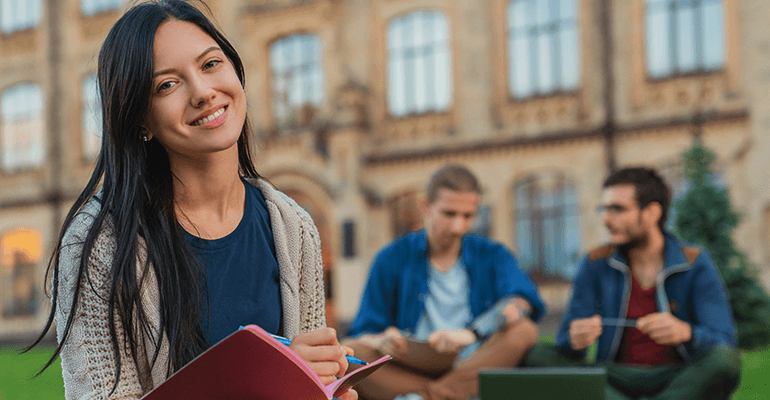 The United Kingdom is one of the most well-known study-abroad destinations, attracting millions of international students from over 86 countries worldwide. The UK is often listed as one of the three most coveted countries for international candidates, along with Canada and the United States, and is renowned for its unrivaled reputation in the field of education, curriculum, and research methods.

Top Reasons to Study in the UK

Let’s dive into the blog to know the reasons why Indian students should study in the UK!

The United Kingdom is a well-developed mixed economy. It is the fifth-largest economy globally in terms of market exchange rates and the sixth largest by purchasing power parity (PPP). The overall GDP of the nation in 2020 was $2.63 trillion, and the current GDP of the nation is $3.12 trillion.

The economic sector plays an essential role in generating the GDP of the nation. The service and tourism sector generate more GDP in comparison to agriculture. In 2019, the service sector and the manufacturing industry contributed 71.26% and 17.41% to the nation’s total GDP. According to the World Bank collection of development indicators, the total labour force in the UK in 2020 was 34 million.

The United Kingdom and India share a profitable trade relationship. India is the UK’s second-largest foreign investor, while the United Kingdom is India’s 18th largest trading partner. Recently, India and the United Kingdom announced a new Enhanced Trade Partnership (ETP) to double bilateral trade by 2030 and pave the way for a potential UK-India FTA. In addition, the two governments signed a Migration and Mobility Partnership to make it easier for students and professionals to travel legally.

Some of the most popular and high-paying career prospects in the UK are doctor, computer scientist, data science and technology careers. Other popular degrees are engineering and technology, law, social science and media & communication. In addition, universities in the United Kingdom allow students to acquire and hone valuable skills such as confidence with new people and language skills that employers look for in candidates.

Every year, the United Kingdom attracts thousands of international students to study in the UK and holds second place in terms of higher education. The abundance of excellent scholarship and fellowship opportunities for students is likely to be one of the major factors that make the UK one of the top countries for candidates who want to study abroad.

There are over 150 universities in the UK. The Russell Group holds 24 research-intensive UK universities with a distributed commitment and focus towards research and providing an exceptional teaching and learning experience.

Following the latest Research Excellence Framework, Russell Group universities composed 68% of the UK’s ‘world-leading research and 68% of the research of the country with an ‘exceptional impact.’

Also Read:9 Ways Universities in the UK & Europe Are Different from the US for International Students

Academic Calendar: The academic year at a UK university typically runs from September to June.

India is amongst the third-highest nations that made up the student body of the UK in 2020. According to new data released by IIE, out of 551,495 international enrolments, 27,915 Indian students were enrolled at UK universities.

Almost all degrees in the UK are taught in English, and German and French are considered the most in-demand foreign language in the nation.

The proposed visa regulations in Brexit will result in a collapse in EU student admissions that create a substantial international student and income gap in the UK Universities. To replenish it, they will favour other international students (non-EU citizens). Since India is the country where they get the second-highest influx of scholars, they are more likely to recruit students. The reason is that Indian students will offset the plunge in income that universities will encounter due to the loss of EU students.

Also, tea is by far the most popular drink in the United Kingdom. Every day, they are estimated to consume 165 million cups of tea.

Remember the names of these local British delicacies before you travel to the UK: Shepherd’s Pie, Beef Wellington, Fish and Chips, Chicken Tikka Masala, Steak, and Kidney Pie, and there’s a lot more ahead.

The UK offers almost endless possibilities for travelers, in which some popular ones include Stonehenge, Tower of London, The Roman Baths and Georgian City of Bath, The British Museum, York Minster and Historic Yorkshire, and a lot more.

The United Kingdom has always been a welcoming country for international students. According to statistics, there were 485,645 international student enrolments in the United Kingdom in 2020. India is one of the second-largest nations represented in the UK’s student body in 2019. The Higher Education Statistics Agency (HESA) has released new data showing that 13,435 Indian students were enrolled at London universities in 2020. Entry requirements for Indian students in the UK may vary depending on the type of course you wish to pursue.

International students can now apply for a visa to study in the UK if they have been offered a course, are fluent in English and are financially capable of funding their living and tuition fees.

According to the new immigration program, international students who have completed a degree in the UK from summer 2021will be able to apply for a new graduate immigration route. They will be able to work or look for work in the UK at any skill level for up to two or three years if they are PhD degree holders.

Thus, the United Kingdom has earned a much-deserving place amongst the top three overseas destinations for international aspirants, and it is unquestionably a worthwhile endeavor. So, if you want to be all set with your UK study plans, get in touch with the UniVisory team!