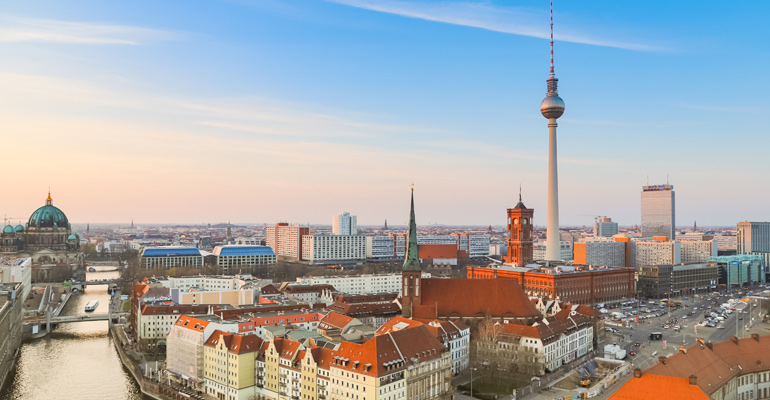 An axis of the best research and training institutes worldwide, Germany has set the path for modern higher education. The country has surpassed the United Kingdom as the most popular non-English-speaking destination for international students.

A Few Things You Need to Know Before Studying in Germany

Are you planning to study in Germany? You must keep the following points in mind before applying to any university in Germany:

Germany is Europe’s leading economic power and the world’s fourth. The German economy is a highly developed and competitive social market economy. The current GDP of Germany is 4.31 trillion US dollars (approx.).

In 2019, Germany’s economic performance had been strong over the last decade, with a record of a low unemployment rate and healthy public and private balance sheets. Germany has a diverse economy where the automobile industry is the country’s main sector.

The bilateral relations between India and Germany have always been strong. Germany is India’s most important trading partner in the EU. Since 2001, India and Germany have had a Strategic Partnership, which has been enhanced through Inter-Governmental Consultations (IGC), allowing for a thorough examination of cooperation and identifying areas of engagement in India. Not only that, Germany is the seventh-largest foreign direct investor in India since 2000.

If you are planning to study in Germany, you must be aware of the career prospects in the country. The employment rate in the country increased from 2.88 million in 2012 to 32.16 million in 2017. There is also a newly launched law, The Skilled Immigration Act, for qualified overseas students, which has made it easier for international students to get a well-paid job in Germany. Some popular career prospects in Germany are engineering, healthcare, IT consultant, software development, etc.

Germany provides you with an international and multicultural environment. The tuition cost is free in public universities, and in private universities, it goes up to 26,000 to 40,000 EUR (INR 23 Lacs to INR 35.5 Lacs) per year.

Germany is world-popular for its engineering, management and computer science courses. In addition, there are around 380 universities in the country (almost 160 public and over 80 private universities) offering over 17000 study courses, out of which 46 of them are featured in the QS World University Rankings 2021.

In Germany, most undergraduate programs are [RS1] taught in German, but there are about 220 universities, including Hochschule Mannheim – University of Applied Sciences, Karlsruhe Institute of Technology, Berlin International University of Applied Sciences, etc., that offer programs in English too. Apart from English, French and Spanish are some common foreign languages.

According to the latest Project Atlas by IIE, a total of 3,01,157 international students enrolled in the universities of Germany, out of which, total enrolments of Indian students were 20,562.

Universities in Germany are divided into three categories:

Germany has 1500 types of Beer & Sausages and 300 types of bread. They love their beer, sausages and bread. Home to some of the longest words, about 65% of German highways don’t have any speed limit.

Brot&Brötchen, Käsespätzle, Currywurst, Rouladen and Schnitzel are some of the most famous local cuisines in Germany.

Berlin’s Brandenburg Gate, Cologne Cathedral, The Black Forest, and many others are among Germany’s most well-known travel destinations.

After completing studies, international students who decide to stay in Germany must apply for a new visa at the Foreigner’s Registration Office and have their visa extended before it expires. Furthermore, students must apply for a residence permit while still in their last year of university study to be eligible for job possibilities.

After residing and working in Germany legally for two consecutive years, an international student can apply for permanent residency in Germany. Overall, if you wish to study abroad, Germany is an excellent choice. But, do complete research before applying to any university because having an opportunity to study in Germany is indeed a big one!