Did You Know Why Ireland is a Hotspot for Indian Students to Pursue Higher Education? - UniVisory
+91 95353 86869 info@univisory.org 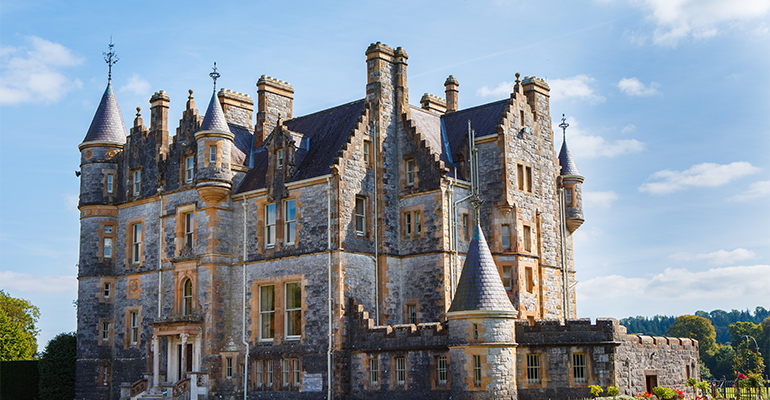 Ireland is a famous study abroad location for international students, particularly Indians. It is a centre for international cooperation and one of the safest and friendliest countries in the world. Different factors attract Indian students to choose Ireland as their study destination, and the numbers keep increasing day by day.

Did you know Ireland is the only English-speaking country after the UK? It makes it an ideal study destination for students all over the world. According to data, most international students come from the EU, EEA, Switzerland, the United Kingdom, India and North America.

Are you planning to study in Ireland? You must keep the following factors in mind before applying to any university in Ireland:

Ireland has an open economy and ranks first in high-value foreign direct investment (FDI). It is the fastest-growing economy in the European Union. According to research, Ireland ranked second worldwide out of 189 countries for the quality of life, beating Sweden, Germany and the United Kingdom.

Ireland is called a highly developed knowledge economy. The current GDP of Ireland is 476.66 billion US dollars.

According to the Central Statistics Office, employment in Ireland is at an all-time high rate. Jobs in Ireland for international students have also increased significantly in recent years. Jobs in Information Technology are growing, driven by the fact that 14 out of Big Tech companies have their EMEA/ European headquarters in Ireland. This includes companies like Google, Facebook, Twitter, LinkedIn, Microsoft, to name a few. Some other popular career prospects in Ireland include business and finance, engineering, healthcare, pharmaceuticals, hospitality & transport and logistics.

Ireland has a lively and multicultural environment. The tuition cost for international students is about 9,850 to 55,000 EUR (INR 8 Lacs to INR 48 Lacs) per year, which is less expensive [RS1] [AK2] compared to the UK. You can also work part-time for 20-hours in a week aside from your college to support your living expenses.

According to the Irish Universities Association, over 32,000 international students enrolled in the universities of Ireland, with over 2000 students from India.

There are four types of higher education institutions in Ireland:

The Irish tricolour flag consists of green, white and orange colours, symbolising Ireland’s history and independence. The tricolour in the flag is identical to the Indian flag.

All the courses in universities in Ireland are taught in English. English is the most common language spoken in Ireland after Irish Gaelic.

Irish cuisine is simple, hearty and delicious throughout the season. Soda bread, Shellfish, Irish stew, Boxty, Smoked salmon and few other dishes are among the most popular local cuisines.

The Cliffs of Moher, Grafton Street (Dublin), Killarney National Park, Muckross House & Gardens and Kilmainham Gaol (Dublin) are among the most well-known travel destinations in Ireland.

Under the Irish Third Level Graduate Scheme, international students who graduate may extend their visas to remain in Ireland and look for jobs. The Irish government provides a two-year post-study work visa to Indian students in Ireland who wish to work after graduation.

After residing in Ireland legally for 5 consecutive years, an international student can apply for Ireland Permanent Residence Permit, and it is renewable.

To conclude, the rich culture, friendly lifestyle, global cooperation hub and high-class education make it perfect for you to study in Ireland. So, if you are an Indian student seeking study abroad opportunities, Ireland is your best bet! And if you wish to get a deeper insight into it, connect with the UniVisory team today!

How to Maximise Scholarship for the UK?