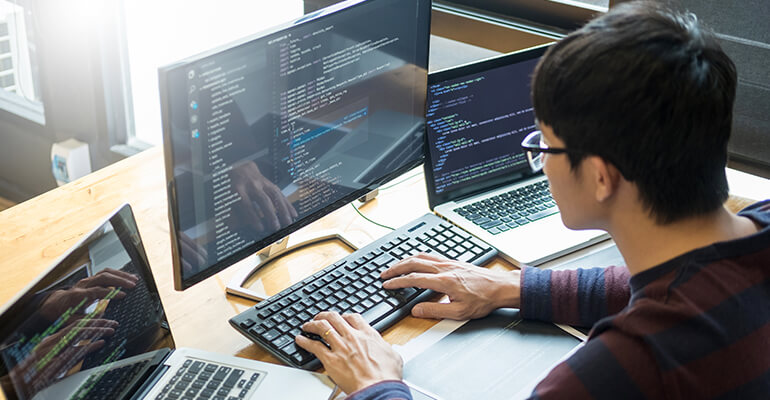 On the other hand, computer engineering focuses on computer designing and technology. Therefore, unlike computer science, it involves the study of hardware related programs. And labs and classes in microelectronics, digital signal processing and calculus-based physics are all major fields in Computer engineering.

The Future of Computer Science

Computer Science appears to be a promising field as the world becomes more technologically savvy. Choosing this sector as a career will offer opportunities to professions in industries such as web development, cybersecurity, database administration, software development, cybersecurity consultant, etc. Every small to large business will need technology in the future, and competent software engineers, web designers and IT experts will be required to network. As a result, the demand for Computer Science will naturally increase.

The average growth of the Computer Science sector is estimated at 15% from 2019 to 2029. As technology becomes advanced day by day, IT workers will have one foot ahead in getting high-paying jobs, global opportunities and better experiences. On the other hand, robotics and cybersecurity are two modern technological advancements taking the world by storm.

A Computer Science degree will teach you the ideas and skills you need to create or develop gadgets and technology that will enhance people’s lives in the future. Computer Science is taught in many countries all over the world. But not all countries provide top-notch education. So, let’s talk about the 5 best-performing countries in Computer Science:

The US tops the world in computer science. It introduces great innovations, ideas as well as top universities to the whole world regarding this field. It has helped in the achievement of important technical advancements, like the start of the Space Age. It is well known for providing significant exposure and learning opportunities to students and has some of the best computer scientists in the world. The Massachusetts Institute of Technology, or MIT, is one of the country’s premier universities. It is a producer of the best Computer Science graduates, ready to develop computer systems.

The United Kingdom is one of the finest countries to study Computer Science. The country is long known for its modernism and advanced information systems. As a result, computers and automation are prevalent in the UK’s industries, giving great practice opportunities for international students.

Singapore is a popular study destination for international students. The country’s computer science degree is one of the finest due to its over-the-board curriculum and creative study approach. Other than this, the tuition fees in the country are lower than the European or North American countries.

Some of the top universities to study Computer Science in the key countries are as follows:

Universities in the USA

Universities in the UK

Here is the general eligibility requirement for a Bachelor’s in Computer Science:

Did You Know Why Denmark Is the Best Country to Study Abroad for Indians?

Different Ways How You Can Get into a Medical College