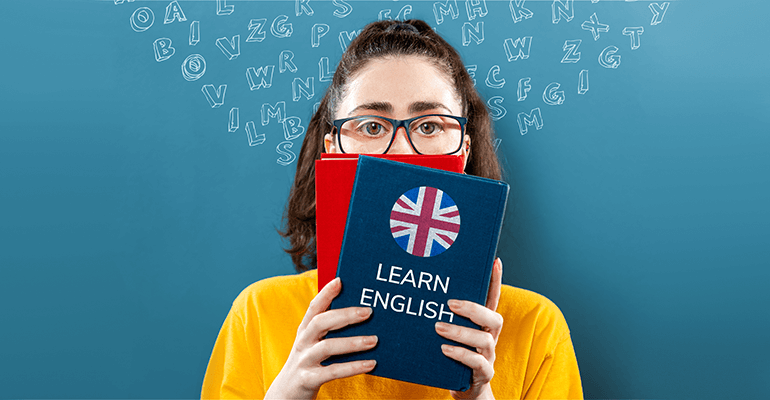 English is one of those oldest and ever-growing languages in modern civilization at use. Born from the rich Latin language, English will sure take its sweet time, continuously growing and evolving with an enriched vocabulary of around more than a million words.

Developed from the islands of England, today, the language of the kings has become one of the most widespread and used languages all over the world, not only because of the colonization of the English that started in the early 5th Century, but also the basic utility it provides as a language. In today’s modern world, almost 1.35 billion people speak English. With such a large number of language users on hand, naturally, the English language has become the most common means of the tool for education all over the world.

While strong English skills are important for college & career success, this article is primarily focused on English proficiency’s importance in college admission success.

Role Of English Proficiency In Admission To Top International Universities

Almost all the Ivy League and top colleges require 4 years of High school coursework in English irrespective of the chosen field of study. All the aspects of language, especially reading & writing are important elements for admission success. The majority of the colleges under the top-notch Universities have adopted English as their primary medium of learning and education. International universities accept students with different languages as their mother tongue from all over the world.

Because of this non-avoidable diversity of languages, English has been acknowledged as the primary medium for education in many renowned and prestigious Universities. That’s why learning English has become such a crucial necessity for another step towards academic success in life. A lot of Universities nowadays demand at least 4 years of English study as admission criteria for various courses they offer. Reading, writing, comprehension – English is vital for all of these aspects of education in a course under an International university.

The majority of the admission tests that Universities conduct are taken as a form of written tests and interviews where the skills and competence of the examinee over the English language are tested which is acknowledged as qualification criteria. These tests require a detailed and firm grasp of the language – both Grammar and Vocabulary and their application. That too makes proper knowledge of English a necessity for an academically successful carrier. Strong score in English language proficiency tests – TOEFL, IELTS, Duolingo, and some country-specific tests are basic qualifying criteria for admission to top universities globally

Varied Other Courses Require English Too

Some courses like Science and Medicine especially require a stronghold knowledge of English as translated books are often referred for syllabus in these courses with updates of current researches on a daily basis – all in English as the language is already well established and easy to use in the field of science. English, especially expository writing is crucial for few professional degrees like medicine post-undergraduate degrees, especially in the US & Canada.

Role in Humanitarian and Commerce stream

English in Humanitarian and Commerce courses has been popular for a long time as a learning medium language. The language itself as a subject provides a lot of carrier opportunities and chances to explore the literature. Effective communication & English skills are prerequisites for getting maximum major interviews, in both overseas education as well as inland.

English is the most widely used subject in Business and Management courses. International business dealings, in maximum overseas education presentations- everything is done in English for clarification and avoiding mistakes or misunderstandings due to the language barrier between the parties. That’s why International Commerce and Management Universities require skills and adequate understanding of the language.

Writing skills of personal letters, applications, statements, notices, essays, etc. are pre-requisite for most of the bachelor courses under prestigious Universities as jobs demand writing Skills on a daily basis. Because of the clarity, simplicity, and easy apprehension of the language, all document works are done in English in Government as well as Private Sectors. Personal statement / Essay / Letter of motivation is one of the pivotal aspects of the college admission process for Bachelor’s courses across the world’s top universities. A personal statement gives an edge to the student admission prospects and helps the application stand out. Effective writing skills are a prelude to writing a personal statement that is authentic and unique.

How To Improve Your English Proficiency?

So, what you as a students should do to increase your English proficiency while your are still in high school?

Start and build your reading habit early middle school or early high school. Read books out of your syllabus or the ones which expand on the interest you are exploring through extracurricular or possibly biographies of the people who inspire you. Another area in which students should work while in High school is to build their writing skills, especially creative writing. Take workshops, summer programs, online courses. These skills will give ample ammunition to maximize your admission chances to Ivy league or top colleges.

Multiple Offer Letters From International Colleges – 10 Tips On Which College To Attend!

7 Benefits of International Education Post High School You Must Know