Did You Know Most Indian Students Prefer France to Study Abroad? - UniVisory
+91 95353 86869 info@univisory.org 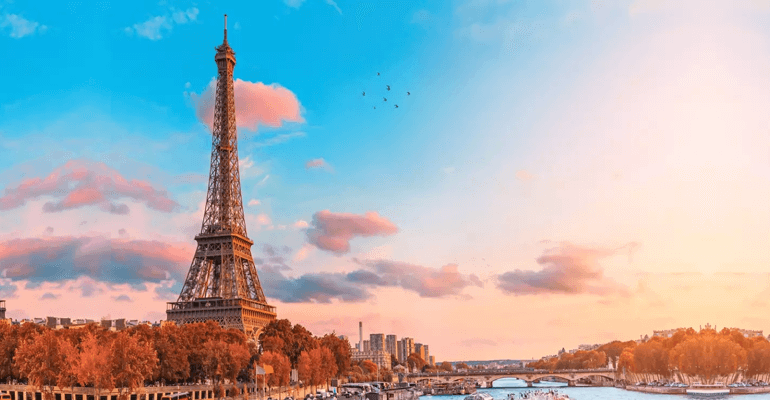 France is a popular study hub for Indian students. Thanks to its rich culture, architecture and gastronomy, students worldwide learn about culture and language. Due to its top-grade academics, low-cost education and world-class professors, Indians get attracted to France to pursue their undergraduate degrees.

Things You Must Know Before Studying in France

Are you planning to study in France? No matter what course you study or how long you want to study, international students have a high-quality and fulfilling study experience. You must keep the following factors in mind before applying to any university in France:

France has a developed free-market economy. By 2020 nominal figures, the country has the seventh-largest economy globally and the third-largest in Europe. France is one of the world’s most modernised and strong countries. France’s GDP in 2021 is about USD 2690.00 billion.

The French economy is diverse and influenced by both the private and public sectors. Aerospace, pharmaceutical, industrial machinery, electronics, finance and tourism are France’s major sectors.

Furthermore, France is the fashion & luxury capital of the world. From Louis XIV’s baroque splendour to Paul Poiret’s 20th-century “King of Fashion” Paul Poiret, who launched an era of fanciful haute couture, French style has always leaned toward the extravagant. Paris Fashion Week seems to have become the epicentre of France’s fashion extravagance.

France and India share a friendly bilateral relationship. By August 2019, France had been dubbed “India’s new best friend.” The countries have generations of trading connections. The major exports of France are machinery and transportation equipment, aerospace equipment and plastics. The primary imports are machinery, vehicles and crude oil. In 2018, bilateral trade between India and France was $8.86 billion, increasing 5.05% over the previous three years. France and India also created a Consortium of Indo-French Universities to foster collaboration.

If you are planning to study in France, you must be aware of the career prospects in the country. France has job opportunities in various fields. According to reports, there were around 212,000 job vacancies in France in June 2020. The employment rate is about 66.50%. AXA, BNP Paribas, Carrefour, Credit Agricole, EDF, L’Oréal, Michelin, Orange, Peugeot and Renault are some of France’s biggest companies. Some popular career prospects in the country are lawyers, doctors, IT professionals, teachers, financial analysts, engineers and researchers.

With such a friendly environment around, France provides rich cultural knowledge and innovative modes of education. International or Indian students get a good career opportunity worldwide after graduation. The tuition cost for international students in public universities in France is approximately 190 EUR (16000 INR) per year for undergraduate programs. The tuition fees at private universities for bachelor’s degrees are 2,770 EUR (2 Lacs INR) per year. There are also some French scholarships available for Indian students. With a valid residency permit, Indian and non-EU students are allowed to work part-time for 20 hours per week to support their living and studying expenses.

There are about 70 universities in France offering more than 20 courses on various subjects. There are three French universities ranked in the Top 100 QS World University Rankings 2021:

The common languages used in France are English, French, German and Maghrebi Arabic.

There are five types of institutions in France:

The camera phone was invented in France by an entrepreneurial Parisian named Philippe Kahn. His first photograph was of his newborn daughter, Sophie.

Due to its mathematical form, the French lovingly refer to their nation as “L’Hexagone” because of its distinct six-sided shape.

Another interesting fact, in certain circumstances, you can marry posthumously under French law. It is subject to proving that the deceased intended to marry you when they were still living.

French cuisine is based on simple combinations of rich, natural flavours that create outstanding world-famous dishes. Some of the most famous dishes are French fries, Soupe à l’oignon, Coq au vin, Cassoulet, Boeuf bourguignon and many more.

France has an abundance of tourism attractions, ranging from historical towns to beautiful natural areas. Some popular destinations are Paris & Versailles, The Charming Countryside of Provence, The Côte d’Azur, Mont Saint-Michel in Normandy, and the count is endless.

Indian students who have finished their undergrad in France can apply for a full-time post-study work visa, which allows them to stay and work in the nation for two years after completing their education.

There are multiple types of student visas available for international students, particularly Indians. Visa de court séjour pour études, Visa de long séjour temporaire pour études- these visas are for short courses that last between 3 and 6 months and don’t provide a post-study work permit. Visa de long séjour études are the only visa that allows a long stay for more than 6 months and provides a post-study work permit. This visa is renewable.

After residing in France for at least five years, you can apply for a permanent residence permit, known as “Carte de Résident” (CR). They are active for 10 years and are renewable. To conclude, France is the perfect blend of cultural elegance, beauty, and education, making it a perfect study destination for Indian students. If you wish to study abroad for your undergraduate degree, we propose you study in France. Get in touch with the UniVisory team today for more details!

Did You Know New Zealand Is One of the Favourite Countries Among Indian Students to Study Abroad?