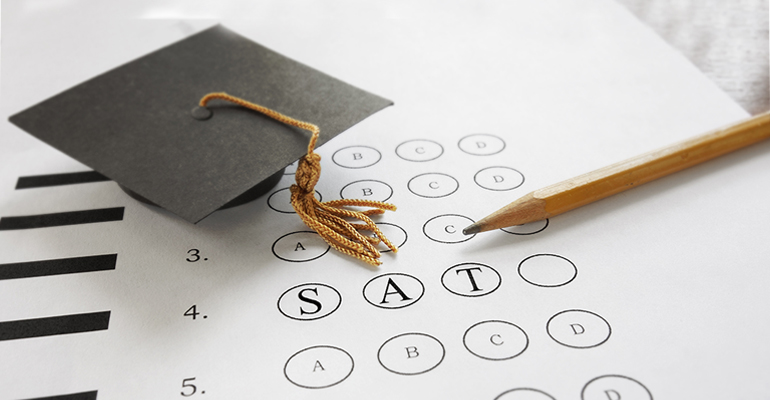 Standardised high-stakes achievement exams have a very organised structure, with strict time limitations, a speed component and many questions, many of which are multiple-choice, and implications linked to the test result. Both the ACT and the SAT do not vary from this format.

However, there are some minor differences between the two college admissions tests. When taking both tests isn’t an option, this post can assist you in deciding which one to take.

ACT Vs. SAT: The Key Differences

The ACT and the SAT both feature maths, reading and writing sections and an optional essay portion, and both use rights-only scoring, which means there are no penalties for incorrect answers. And, while there used to be a clear difference between the ACT and SAT test-takers by region—generally, more students take the SAT on the east and west coasts, while more take the ACT in the Midwest—that gap has begun to blur. The SAT was taken by 2.2 million students in 2019, while the ACT was taken by 1.8 million, a 10% difference. The bright side is that a large percentage of students took both tests.

Still, because college admission test scores have an influence on one’s chances of getting into a preferred higher learning institution, with 88 per cent of four-year colleges and universities giving them moderate or significant weight, whatever perceived benefit you think you can get from one test over the other is always good mind leverage, if only to improve your test score.

How to Decide Which Test is Right for You?

Ultimately, you must decide whether the ACT or the SAT is the better test for you. A few ideas to help you make the decision are given below:

Rather than assuming whether you’ll do better on the ACT or the SAT, the easiest approach to find out is to take both tests and compare your results. You’ll need to find an official practise exam for both the ACT and the SAT to do this. Official practise tests are the most accurate descriptions of reality.

Method 2: Take a Quiz to Compare the SAT with the ACT.

A quick quiz is another approach to figure out which test is right for you. This quiz will assist you better understand the principles of each test so that you can decide whether to study one or the other.

Generally speaking, ACT is more based on high school course concepts but is fast-paced than SAT. ACT is also less dependent on English vocabulary than SAT. If time is your issue, SAT could be a better fit for you.

With the differences between the ACT and the SAT in mind, is it advisable to take both tests? No, because taking either test showcases more competency to Admission Officers.

Moreover, and maybe more importantly, both tests will cut into one’s study time, spreading it out instead of focusing on one test alone. However, the option should be left to the student, who should consider the advantages and disadvantages of both approaches. If you need expert advice for the same, it is time to connect with the academic consultants at UniVisory. We will provide you with the top suggestions that will pave the way for a better future!